Right a Bit, Left a Bit

I'd be dishonest if I said that I'm still fighting hard against the proposed Anglican Covenant. I opposed it from the off, but it is now no more than a loose end for me as I have jumped ship. Still there are one or two things still to be said.

The first thing about it is that it remains a bureaucratic answer to a question of relationships. There was some sort of proof of that in the recent reply from Joanna Udal to Lesley Fellows. 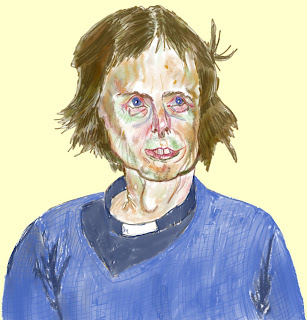 The letter simply restated what had been given before in a dead hand fashion. There is no answer to the absence of an alternative argument produced by the bureaucracy.

Why not? probably because the bureaucracy has convinced itself that the Covenant is something where to oppose it is to defy logic. If the line is that the Covenant only works to bring Churches together and act in an adult fashion, and it is all about patience and conversation, who possibly could be against these? It is all process anyway, and not as if there is a proposition to oppose.

But this defies both the history of the thing and its potential future use. The Archbishop of Canterbury's Advent 2007 letter was nothing to do with openness and sweetness to all. As he tried to hang on to the GAFCON crowd, he was on the right hand side of the road. Now, since that crowd has gone elsewhere, so to speak, he has been on the left hand side of the road. Given the Primates' Meeting was all about what it is like to be Primates, and other bits of chat, and letters sent to whom they may concern, why should anyone be bothered about the Covenant?

Add a resolution-less Lambeth Conference 2008 and a resolution-less Primates' Meeting and something of the old Anglicanism has been restored. As the frustrated Anglican Communion Institute has noted, the trajectory towards centralisation in terms of coherent decision-making and resolution-producing has gone.

Yet set against this is a view that power has gone one up, so to speak, to the Archbishop himself. Really? And to what end? Is he not his own Indaba, that Anglican half-a-definition of Indaba where the talk goes on and on but the gathered council hearing all sides of an argument never makes a resolution?

I rather think this is the argument. The Covenant draft is what it is, and the effort at present is to get as many to sign on to it as possible. The non-GAFCON Global South is already on board. The necessity now is the Western Anglican Churches, and so just as the Archbishop leaned to the right, now he has leaned to the left. There is no sanctioning of The Episcopal Church and there are no resolutions to do any disciplining of any Church. So conversation it is, and all must sign up.

And then what? Well then the document will be in place, and the expectation will be that it is followed. That's when the crunch will come, where the positioning on the left hand side of the road will change again. That's when the purple Church will start to cohere more.

The letter I got from John Saxbee before Lambeth 2008 was a 'hang on in there' while the Archbishop gets as many on board as possible, and no doubt some evangelicals and conservatives are saying now hang on in there while he gets as many more liberal to sign up as possible so that at least then the document applies to them. If they don't obey the document then the discipline can take place.

The Covenant is a recipe for making complaints and overloaded centrally placed 'conversations' about every dispute under the sun, one province to all others via that centre. It will lead to double dealing and accusations of false behaviour by those signed up who don't pause what they are doing that generated the complaint.

The Covenant may have no international effects at all except these negative ones, when it is better to let be as much as possible in the face of diversity. However, one place where it may well have an effect is on the Church of England itself, as mother Church. It may force a self-policing inner conservatism on the Church of England right down to parish level - a fear of innovating in case it should upset the wider Communion when, after all, it is the Church of England that supplies the Archbishop of Canterbury and might want to have a central assisting position regarding disputes.

A different Archbishop is also likely to restore resolution making, and to bring the Covenant into more of a use to solve issues not just endlessly process them. The Covenant allows an unknown future to be possible with incredibly little accountability beyond those bureaucrats and some in high purple.

Well, Instead of jockeying for position, and speculating whether the future is all discussion or a centralisation through using the Covenant text, the best thing is to ensure organic discussion and flexible arrangements between Anglican Churches by the Church of England at least not signing up for the Covenant. At the moment it looks most possible that the clergy may throw it out. The betting still has to be, though, that it will pass, and bureaucracy will be victorious over ethical inclusion.

The betting also suggests, adopted or not, that Anglicanism will still balkanise into Western Churches, Global South non-GAFCON and GAFCON, the latter to include bishops providing international oversight and a collection of entryist fellowships and societies with approved bishops and money routes and a greater degree of congregationalism which bishops shall serve, rather like presbyters do.
Posted by Pluralist (Adrian Worsfold) at 03:26