If I make it to 2050 I will then be 90 and 91 years old. I hope I don't, because I will be decrepid in body and probably in mind too. In the pub tonight (with our one Christian friend of the five; she alternates with her hubby) the usual point was made that I'm of the most active religiously and yet the most atheist. Three were there, one having to go early because of his Altzheimer's suffering mother. My friend thinks there is "something" and the Christian lass said of him, "God is knocking." It is not something she would say to me or about me. She admits she doesn't even understand me, either my views or my stance.

My very long time friend asked me what happens at death. "Utter annihilation," I said, just to be clear. Thus I match their assessment (though my friend who went to his mother would agree with me - it's over once it is over).

The point is that my Christian friend wouldn't even understand most of my co-bloggers and why they express the views that they do. As in previous weeks, they are all of them utterly dismissive of the liberal perspectives, especially in Churches where the expectations are that ministers should be the full deal: believing on the inside and the outside according to the list. 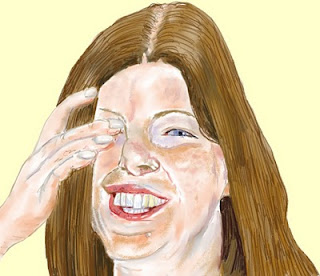 On this my "something", Christian and atheistic friends have agreed. My Christian friend, who I'd describe as 'moderate' by behaviour (but she is singular about her beliefs), cannot understand this liberal thing as it might affect her Church or others that are supposed to be alongside it; indeed she has only received information about theological diversity from me. It is a poke in the eye for us liberals and radicals. She has a close churchgoing friend who seems to be very much of this world as well but the beliefs will be straightforward. Her husband is not a churchgoer and respects her but dismisses the package. I might not be the most atheist after all, but it is the contrast between my non-realist religious views and the level of participation that puzzles them.

The point is also that theology has so little reach, and hasn't reached even the one churchgoer among us. She reads standard Methodist and evangelical stuff, when she does.

I'm the driver, so alcohol doesn't pass my lips (I drink pineapple and lemonade). In the car to the well consumed I described my own denomination as filled with awkward individuals, and so described some of the locals, as I have before described a few of the bloggers. So my friend said he would thus fit in my church. Yes. But I don't invite him, nor use language about knocking on his head. Thirty years back a group of Methodists (as it happens - almost all of them in that group have all stopped attending) were knocking on his head and got nowhere, and they wouldn't get anywhere now.

Plus I spoke about how all the major Hull Presbyterian/ Unitarian families have all died out in terms of church participation and being on the self-selecting trust that once exercised absolute power whenever it so wanted. From the earliest days it has left a situation of plenty of money, but all the people now have to be (what I call) 'deconverts' or newcomers. Though I said it doesn't compare with another church, especially after one of four churches in its city ceased and the assets transferred over (a church purchased to become a hall of residence) where they weren't just going to have their own minister but considered having a second for other churches in the region.

I still think that in 2050 when Methodism and the United Reformed Church will be in states of collapse that the Unitarians will still bob along the bottom given that it has a unique selling point, whereas the arguments that made these other denominations will have long since become redundant and their attempts at rationalisation will be failing.
Posted by Pluralist (Adrian Worsfold) at 05:14

I think Pluralist, that your level of profundity puts you in a class of your own.

Perhaps it could be termed "Adrianism"

I am no expert but it sounds as if the strength of Unitarianism is that, because it is not one particular tradition or set of beliefs, it can be many things. The individual can be encouraged to pick and choose whatever he or she wants without feeling guilty about not believing in certain things.

The emphasis can be on community activism is what I have observed here in New York. I have worked alongside Unitarians on anti-death penalty and funeral consumer issues.

One can emphasize Judaism, Christianity, humanism, atheism or postmodernism and still feel welcomed, I would assume. It sounds very adult. Interfaith marriages do not have to decide which tradition to privilege if they join a Unitarian congregation.

For those who get pleasure from breaking with a tradition, it does not offer an enemy. It reminds me of a minister in Paris I knew years ago who, when told by people they did not believe in God, he would offer a pamphlet on some cool gay atheist group.

For those who wish to rebel it may take a while to get used to.

A relative of ours who is a Unitarian told a rabbi one time that is a "fallen Unitarian," to which the rabbi said, "Where do Unitarians fall?"